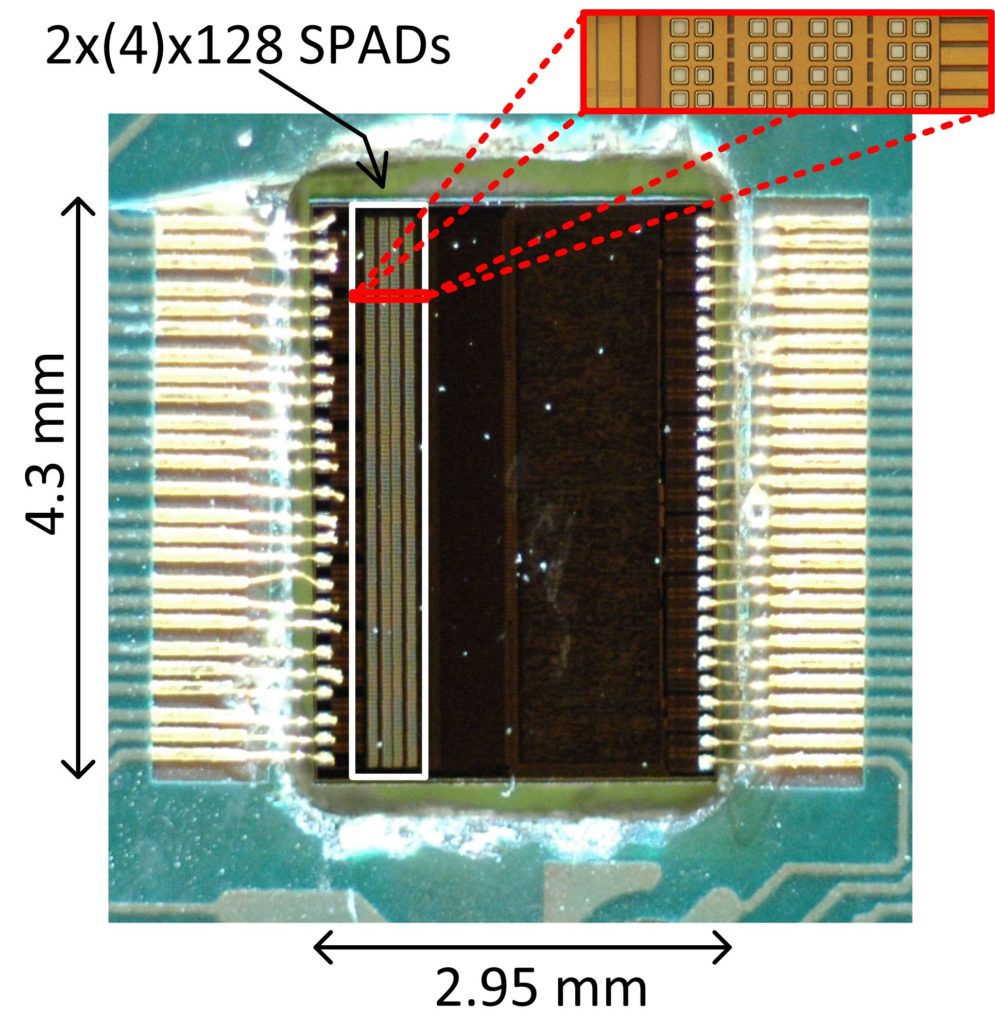 The development of time-gated Raman spectrometer system by CoE Oulu group suggest CMOS SPAD based time-gating techniques could pave way to the better use of the high resolving power of Raman spectrometer techniques.  Their potential fields of application are in agriculture, food and oil industries and in security control and crime investigations. Also, new type of instruments could possibly be developed.

The CoE Oulu group has developed a time-gated Raman spectrometer system based on the above concept and shown that reverse biased pn-junction based single photon detectors realized in standard CMOS technologies can be used to record the Raman spectrum (US patent 8,917,388). More importantly, with these detectors the time gate window can be in sub-ns range even in large detector arrays, see below. Thus very efficient fluorescence suppression can be achieved even with ns-scale fluorescence time constants.