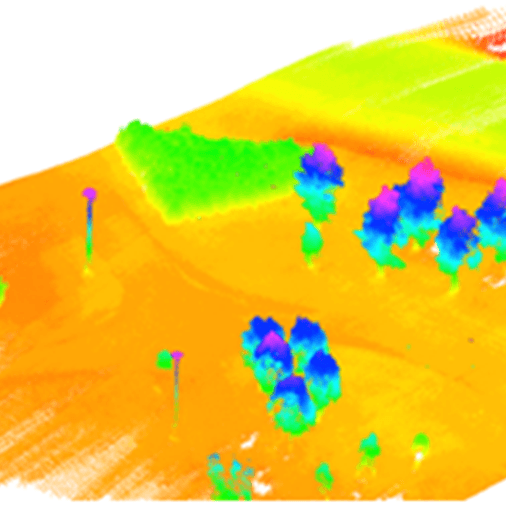 The first mini-UAV (FGI Sensei) including the laser scanner, intensity recording, spectrometer, thermal camera, and conventional digital camera has been developed at FGI in 2009 (see Jaakkola et al. 2010). Recently, the work on the mini-UAV has been presented in Jaakkola’s doctoral thesis.

Laser scanners utilized include an Ibeo Lux and a Sick LMS151 profile lasers. The Ibeo Lux measures points (and echo width) from four different layers simultaneously and is theoretically able to measure up to 38 000 points/second. Sick LMS151 is also able to measure two returning signals and the intensity from each laser pulse. The optical sensors, which are in minor role in this study, are CCD camera (AVT Pike F-421C having a 2048 x 2048 pixel), Specim V10H spectrometer (spatial res. of 0.067° and a spectral res. of 8.5 nm) at 397-1086 nm, and thermal camera of Flir Photon 320 with a 324 x 256 pixel resolution and a 50° x 38° field of view.